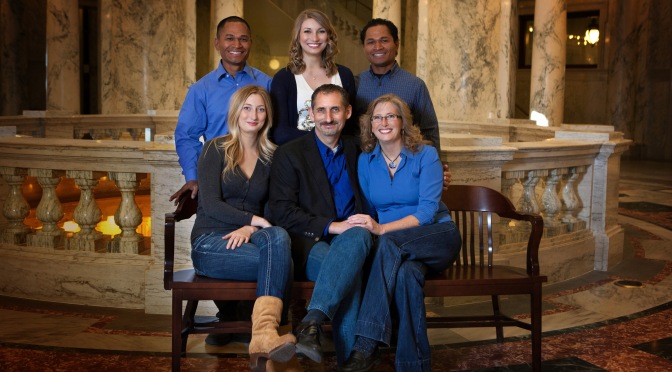 We are excited to be serving in the Highlands of Papua New Guinea with Mission Aviation Fellowship!

The MAF story started in 1945 when a group of World War II pilots, who had witnessed first-hand the destruction aircraft could wreak when deployed as military might, wanted instead to use their skills and the aviation technology available to deliver relief, comfort and the transformational power of the Gospel.

Today, an MAF airplane takes off or lands every three minutes in countries where flying is not a luxury, but a lifeline.

Where do we fit in the MAF story?

Connie and I will be serving as the Country Coordinator / Program Director for Papua New Guinea (PNG), serving alongside over 130 staff as together we work to achieve the mission of connecting isolated communities and sharing the transformational love of Christ! 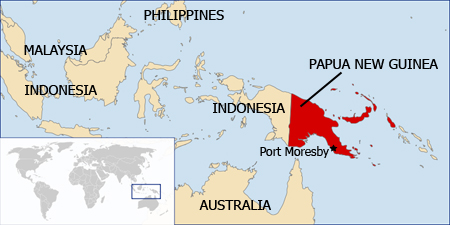 PNG is in the southwestern Pacific, encompasses the eastern half of the island of New Guinea (shared with Indonesia) and its offshore islands.  It is a country of more than 6.5 million people located just 93 miles from the northern coast of Australia at its closest point.

Ethnically and linguistically, it is the world’s most complex nation with about 1,000 people groups speaking approximately 830 languages (20% of the world’s total). 85% of the country’s population is rural and over 50% of the population is under age 20.  While the International Monetary Fund describes PNG as a “developing economy,” it is one of the world’s least known and least explored countries, both culturally and geographically.  The average annual income  per person is $1,306, however greater than 75% of the population survive through subsistence so essentially don’t have an income.

PNG’s cultures have been moulded by geography, successive waves of migration, sorcery, fear and warfare, and more recently by neo-colonialism, Christian mission and modernity.  Accordingly, PNG has several thousand separate communities, many with only a few hundred people; divided by language, customs, and tradition.

Mission Aviation’s services are critical to the development of these communities and MAF is often the only method of transport for aid agency personnel, government and business leaders, as well as church and mission workers.

Key to MAF’s purpose is the spiritual transformation of isolated people and they continue to play a vital part in the work of churches and missions as they serve in isolated communities throughout PNG. 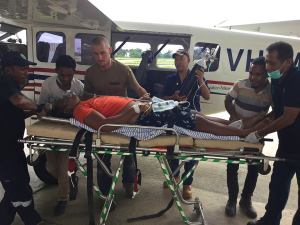 On the medical and health front, MAF’s work in PNG is often life-saving.  Each year MAF evacuates over 500 sick or injured people from remote locations to medical centers and carries more than 55 tons of medical supplies to remote clinics.  Mobile clinic teams are regularly flown to remote villages to carry out immunization programs and treat hundreds of families for illnesses ranging from life-threatening diseases to minor infections.

Literacy (and basic education) is the greatest barrier to human development and receptiveness to the transformational impact of the Gospel.  The low literacy and primary education enrollment rates in many parts of the country with no road access, continues to widen the growing social gap in PNG society.  MAF’s role in transporting resources, materials, teachers and students in and out of remote communities is vital in sustaining the viability of rural education.

Livelihood support is found through MAF’s transporting of communities’ cash crops for sale in larger markets. Income earned from these sales enables purchasing of supplies to improve living standards.  During the coffee season, MAF airlifts around 800 tons of coffee from the remote highlands to coffee buyers resulting in income flowing back to these communities to meet their basic needs.  Aircraft are an essential lifeline for the delivery of these critical development needs.  Many areas are only accessible by air, and thus highly dependent on a ministry like MAF.

The magnitude of coordinating a country / program of this size is absolutely overwhelming.  We are under no illusions as to the challenges that are ahead.  Our prayer has been that of Moses from Exodus 33:15, “Lord, if Your presence does not go with us, do not lead us up from here!”   We can only be successful in this new leadership position with the Lord’s provisionment and the prayers of our family and friends.

We are proclaiming the verse that we proclaimed when we first entered mission aviation more than 25 years ago, “[We] thank Christ Jesus our Lord, who has strengthened [us], that He considered [us] faithful and appointed [us] to service.” 1 Timothy 1:12

Yours and His for the harvest,

Your prayers and financial partnership are essential!  For information on how to partner  with us through resourcing click on the below donate button.