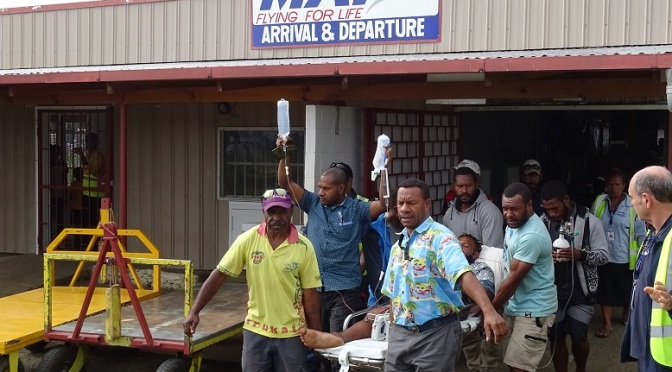 It was late in the afternoon on Tuesday, 11 December when Dr. Erin Meier from Kudjip Nazarene Hospital called my phone, “Todd, what are our options for a medical evacuation to Port Moresby? We have a very critical patient!”

Dr. Erin would go on to describe a young man around 25 years of age who had suffered what appeared to be a significant heart attack while playing rugby. As Dr. Erin described the case my mind was weighing the facts. It was already late in the afternoon. The rugged rain forest jungle over which we fly does not allow for safe operations at night, and given the 45 minute drive from Kudjip station to our airstrip, a late afternoon departure for the two hour flight to the capital city was already out of the question. Dr. Matt Woodley (ER Doctor at Kudjip) and his team had already resuscitated the patient four times. Would he be able to survive the high altitude non-pressurized flight that is required to clear the high mountains of the highlands on the way to the coast? We agreed that at this point, the best plan was to see if the patient could remain stabilized through the night at Kudjip and then plan for an early departure on Thursday morning.

Shortly after 0600 on Thursday morning, Dr. Erin called. The young man had stabilized through the night and although still critical, they felt he could survive the flight. They would be on their way shortly. Quick calls to our Flight Operations Manager, Captain Brad Venter and Church and Community Partnership Manager Godfrey Sim put the plan in action. P2-SDP was readied and the base team awaited the arrival of the patient from Kudjip.

At 0850, the ambulance from Kudjip arrived at the MAF Mount Hagen Base with the patient, family members and Doctor Matt Woodley along with Anesthesia Specialist Officer (APO), David Wan. The team quickly went to work to prep the patient for the flight. Simultaneously, our team at MAF headquarters continued to do their part – praying for the patient, family, doctors, and pilot team as they prepared to launch.

At 09:49, pilots Brad Venter (South Africa) and Andy Symmonds (UK) lifted off with their valuable cargo on the wings of P2-SDP and much prayer from both the Kudjip Nazarene and MAF teams. Touching down 1 hour and 59 minutes later in the capital city of Port Moresby, the patient was transferred to the waiting ambulance and rushed to Pacific International Hospital.

On Friday morning our Mount Hagen team met for morning devotions as we do every morning. When it came time to list our praises and prayer requests, Nancy from our operations team said that she had received news from the family. Our patient had successfully undergone surgery, was in the Intensive Care Unit, and it was expected that he would make a good recovery.

“Seeing isolated people physically and spiritually transformed in Christ’s Name.” This is why we do what we do in one of the most remote countries in the world. Accomplishing this Vision requires a team. Doctors, nurses, pilots, ground operations, flight operations, finance, IT, engineers, and on an on. It also requires you!!!

Thank you so very much for praying for and partnering with us as a family, and our greater MAF and Nazarene Team!

Together we can do so much more!

Thank you to Mandy Glass for the photo journalism!

12 thoughts on “Together we can do so much more!” 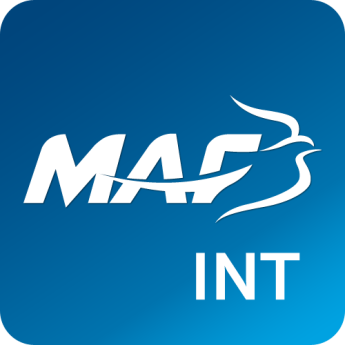